Tonight was the 1st "Taco Ride" of the season and everyone was out in force. I rode down to the trails from home and then did a little over an hour of riding. Round trip was 30 miles, so 37 for the day with the commute. The miles are starting to add up.

The main objective of tonight's ride was paying attention to my current gear ratios. I currently run a standard 22-32-42 in the front, and the rear is a cheap 11-34 cassette. The final three gears on the rear are 26, 30, 34. I rode multiple laps on hillside and could climb everything in 3rd or higher. However, by the end, I did jump down to the 30tooth and liked it. I can see using the 34 in rare instances, but it was only on the major climbing courses last year. I never used the granny up front and with the exception of commuting to trails, the 42 is rarely used as well.
So, part of the bike diet will be going to a 1x9 configuration. I hope to run something like this Truvativ Noir 1.1. It's light (750ish grams, I think) and looks good. However, anyone have input on other cranks? I'm guessing that my current 3rings and crankset are over 1000grams, so I can save a good chunk of weight here. New lighter SPD compatible pedals will also go on these.

The other benefit of 1x9 will be in dumping the front shifter (125grams), the front derailleur (another 125 or so) and cables. I also plan on converting to GripShift for the rear. I ran GripShift for several years "back in the day" and have no problems with them (another 100 or so in savings). I do need to keep the chain on the front rings and a friend just bought this from eThirteen. 56 grams, so plenty light and again, it looks good. 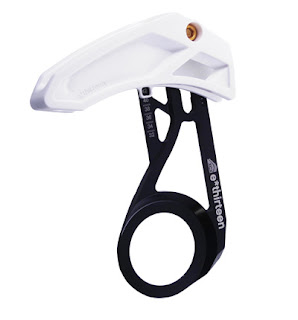 So the last part of the equation is figuring out which cassette to match with the 32 on the Noir crank. I had hoped to justify something closer to a 11-28, but the 11-32 (XT, XTR, SRAM 990?) will probably be the way to go. In the long run, I could jump up to a 34 in the front for faster courses and yet keep a good low gear for climbing. Current cassette is around 435, XT and SRAM 990 would save 160grams, XTR would be closer to 210.

If my math is correct this should save approximately 250 for the cranks, near 300 in the shifters/derailleur area and 160 on the cassette. Grand total of 700+ grams. Add that to the expected 800 grams in wheel set and tires and I should be close to 4lbs lighter on the bike. I haven't looked to see what could be saved in new bars, stem or seatpost.
So what have I missed? What are your thoughts on grams per $$ value on these parts or other suggested parts? Thoughts on the gearing choice?

Start of the Bike Diet

Time for the Stumpjumper to go on a diet. It has been at 26.25lbs or so and that just won't cut it. Lots of places for it to lose weight, starting with the wheel set. The good guys from the shop set up up with some deals. This is the first one for me to take advantage of. I don't have the weight for the current wheel set, but I figure that its 2000grams total or more for the front and rear set.

So I ordered the Roval 29er wheel set from Specialized, thinking that they would be coming in near 1500 grams and I would be saving a pound. I didn't really want to spend the money to get down to a 1200-1300 wheel set. Imagine my surprise when I weighed the pair. 1370 for the pair, with skewers and tubeless ready.

More to come this week as I get serious about my research. Stay tuned. 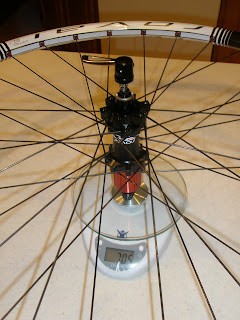 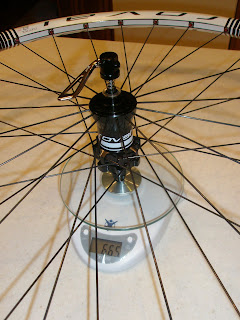 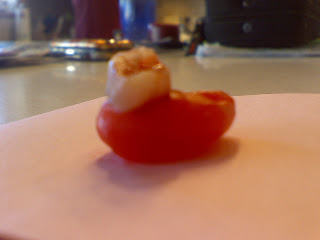 Maddie has lost her third tooth in the past two months. This time it was a "gushers" candy that helped.
Posted by Iowagriz at 5:29 PM No comments:

It was Spring Break this past week for the girls. We didn't plan on anything major, so we saved our ideas until the end. Of course, by then we wanted to go some place nice, but the plane tickets were expensive by then. 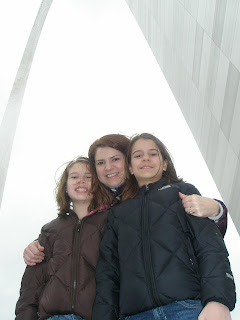 So we decided on a quick three day trip to St. Louis. Booked a room at one of the downtown hotels and left the house on Saturday morning. Our first stop was at Hannibal, MO for an educational side trip. Madison had been reading Tom Sawyer for school and we "made" Hannah read a shortened version before the trip (under extreme duress). It was a fun side trip and we spent a good 4 hours walking around and touring the cave. 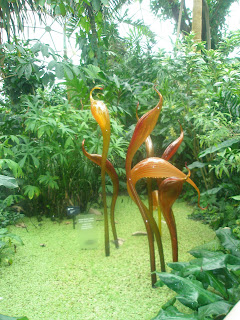 Sunday was spent at the old courthouse museum (Dread Scott case was tried here). Amazing piece of history that I had forgotten about. Then we did the Arch, a Lewis and Clark IMAX film and more history museum. 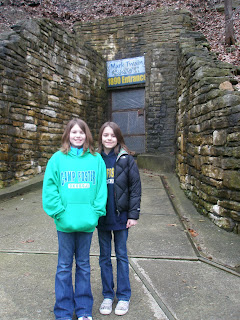 Monday was spent at the Missouri Arboretum. The only reason we went, was for the Chihuly glass installation. The vast majority wasn't out (due to weather), but it was still fun. This would be a gorgeous park in the summer. 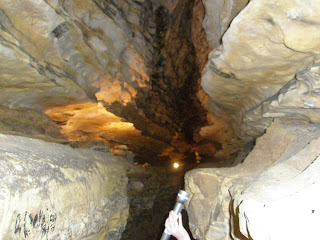 We drove home via Columbia, MO to see some different sights and the girls kept thanking us for a fun vacation. Holly and I just laughed because we thought it was a "geeky" vacation. All the same, we all enjoyed the time together and out of the house. More pics on Flickr.
Posted by Iowagriz at 4:33 PM No comments:

1st Race of the Season

1st race of the season and it hurt so good. Jason convinced me to try the Spring Gravel Series, so we loaded up and headed towards Grinnell. Not much for a race report. Very hilly, stayed with cat4/5 pack until 2nd or 3rd hill on the gravel section, then settled in for a training ride. Got a good workout in so I'm happy. 2hrs at 158avg heart rate, legs felt strong, endurance was expectedly missing.

Jason and I were the only Rassy's guys there (whats up with that?). I think that I finished somewhere near 10-12th out of 21.

All the cyclists out there will understand. I finally had enough of my own excuses and just decided to leave work at 4pm. On the bike near 5pm and head out on the bike paths for a scouting session of what's available. I headed down the Clive Greenbelt starting at the Country Club Lake. It was partially snowpacked and sloppy, but rideable. The section between the Clive Waterpark and 86th street was the most sketchy (but still rideable).

I rode all the way to Denmans and then headed back west through Valley Junction and on the EP True trail. EP True is 100% clear and so is the trail along 60th (north) past Bike World and Granite City to the Greenbelt again. Total of 1:45 and I think near 25miles. The biggest surprise is that I felt good the whole time and even pushed myself a few times to test the fitness. Can't wait for the weekend to ride some more.
Posted by Iowagriz at 7:10 PM 1 comment: 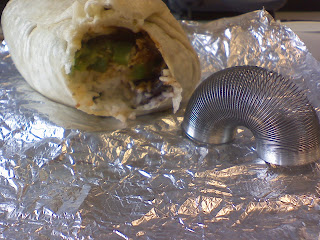 I carefully picked out the ingredients for my burrito and thought I was getting a healthy lunch. Then I get back to work and realize it towers over my slinky. At least it will be 2000 calories of healthy.
Posted by Iowagriz at 11:18 AM 1 comment: