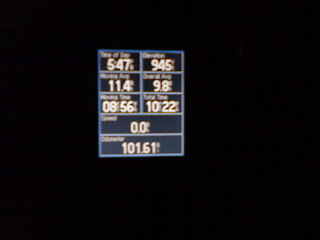 Long story short is that I completed another dirt hundy today. I left the house at 5:15am and rode to HyVee to meet the guys for breakfast. Pete, Lou and Marco did the center trails with us and then Rick and I hit the gravel. Lots of wind made it a long day. Add 2 long stops (I even took a 5min snooze at the Cummings Tap). I finally got home at 5:50pm with a little over 100 miles. I'll be in bed early tonight.

We need your VOTE!

Tom has been going off the deep end in our house lately. 1st he cut his hair really short, now he's been growing a beard. He says it will only be a short one.

The girls and I think he needs to go back to the old way. He looks much older this way. Please sound off via the comments. Of course, our votes are the most important. 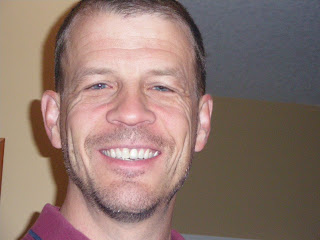 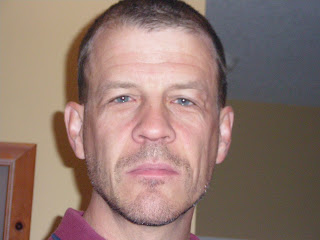 He says this is his MMA look
Posted by Iowagriz at 7:48 AM 8 comments:

As U2 would say "Sunday, Bloody Sunday

At least the current weather forecast looks favorable for my November Dirty Century. Stay tuned for details. I can say that the start will be near 7am and head into the wind for the 1st half. If anyone else is interested, leave a comment.
Posted by Iowagriz at 9:13 PM 5 comments:

The girls have been wanting to change the color scheme of their rooms. I think that they started working on Holly and I about making the change around mid-summer. Holly finally caved into their demands in September and purchased new comforter covers for them. Those were then used to pick the new colors. We had one stipulation....the color near the ceiling and near the baseboard trim had to stay. This would make it much easier for us to paint.

Below are the results. If you explained the colors individually, it would sound very bad, but I think the results are great. Most importantly the girls really like their new rooms. 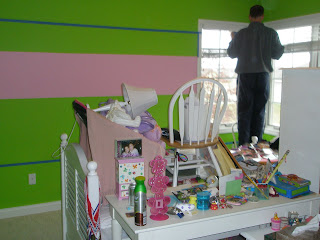 Maddie's room was "go-go green" and pink before the weekend. We called it the watermelon room because it looked like the inside of a watermelon. 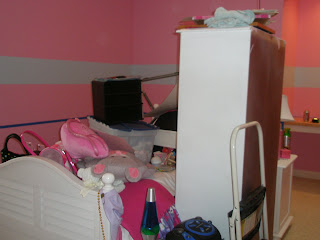 Hannah's room was pink and blue. With the vast amount of pink in the room, we dubbed hers the "pepto bismal room". 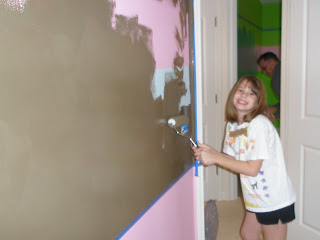 Hannah contributing to the workload. 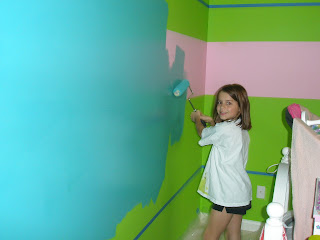 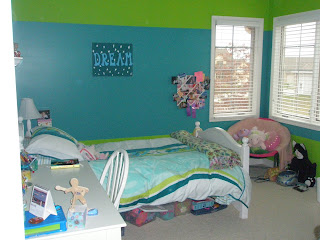 The final product. Note the artwork on the wall that she did. Holly bought both of the girls real canvases at the craft shop. They enjoyed creating these last weekend. 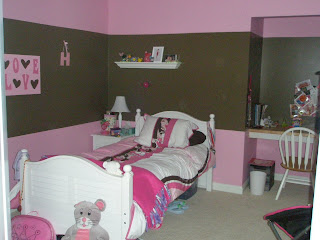 Hannah's final product. That is her canvas on the left. They both have one more to complete for the other side of the room.
On a bike note - I planned on riding a dirty hundy this Sunday. Set the alarm for 5:30am, woke, made breakfast, dressed, got the bike ready and left at 6:45. Rode .6 miles down the road and turned around. Came home, took off the riding gear and sat in front of a heater and ESPN for the rest of the day. Sometimes, your mind just isn't into it....
Posted by Iowagriz at 8:24 PM 3 comments:

Another great fall weekend in Iowa. What a great place for cycling and cycling friends/culture.

I think that this place has a closer knit community of cyclists than anywhere else that I've lived. I believe that it is because of the smaller (yet still big) population of cyclists. This weekend had something for everyone. Partiers, racers, roadies, mountain bikers, cross riders, heck even runners were mixed in this weekend. Enjoy the photos that I stole from Squirrel and Justin. 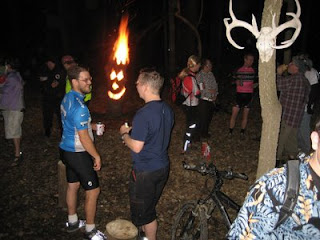 Friday night started with the Spooky Woods ride. My guess is around 70 people found their way into the woods for a little chili cookout and party. Complete with flaming Jack-o-logs by Squirrel. We also held the 2nd nighttime quarter rage. I placed 2nd tonight which sounds good, until you learn that Andy crashed hard into a tree and launched over the bars and still beat me. 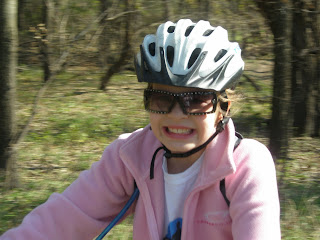 On Saturday, Holly and I took the MTB tandem into Denman's woods with the girls. As you can see by the pictures, Hannah and Maddie loved the ride. All went well until the girls got tired in the last mile or so. 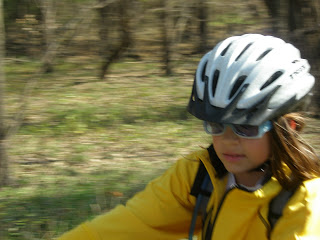 Holly then switched out bikes with Hannah. With Hannah on the back of the tandem we headed back to the car via the dirty connector. Holly hit a tree and went over the edge of the levy. Pretty funny stuff now that she is OK, but her head hurt on Sunday morning. 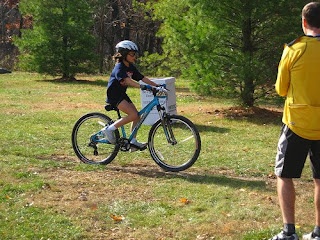 This picture is from Sunday's Dirty Duathlon Kids race. Maddie gave it her best against 5 boys and placed 2nd. She might have tracked down 1st place if she didn't slip and fall during the start. No problem, she had the biggest cheering section as every female at the event was rooting for her to take on the boys. 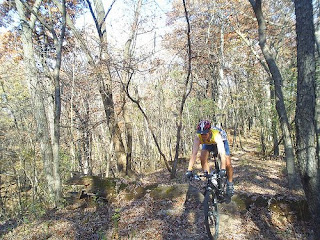 I then teamed up with a partner and did the relay event of the Dirty Duathlon. The course was longer and tougher than it looked on paper, but we finished 3rd and got a nice plaque for our efforts.
The end of the season races/events in Des Moines are the best. No pressure for most of the racers and all seem to be happy to just be outside and in the company of other like minded individuals.
Posted by Iowagriz at 8:57 PM No comments: